Story From International Congress on AIDS in Asia and the Pacific (ICAAP) 11 - Bangkok, Thailand

We have participated and engaged in the 11th ICAAP Community Forum to discuss the HIV epidemic, the HIV response, and how the issues around it impact on our lives and our communities. These include the continuing inadequacy of funding; the continued presence of legal barriers and the lack of comprehensive legal reforms such as the decriminalization of key populations; lack of sincere commitment to serve communities; and an uneven political will to bring about an end to the HIV epidemic.

There is a global commitment to “Get to Zero”, yet in the Community Forum, we found ourselves tackling the same issues that communities have raised again and again, in various platforms at the national level, regionally, and globally.

We are deeply frustrated that the same issues surface and remain unaddressed especially at the time when we have the evidence and the knowledge we need to stop the HIV epidemic. Communities have the unique expertise to effectively craft the shape of the response, and their leadership is crucial, and yet they remain marginalized. This demonstrates that we are not getting to Zero Discrimination, Zero New Infections, Zero AIDS-related deaths. We are instead getting to Zero Change!

We have made gains in changing risky behaviors to decrease vulnerabilities to HIV infection, but we have not made adequate gains in changing the behavior of policy makers, political leaders, and state actors. Evidence should be the foundation of the response, and yet 30 years later, HIV is still viewed from the lens of dogmatic morality.

For communities, we see the “Three Zeroes” very differently.

Zero access to funding. There is funding for the response, but it is often not based on evidence and insufficient for effective scale up. The emphasis is on quantity and not quality. Donors largely still define the funding agenda, without community involvement and leadership. The way funding models are structured harms the community and hampers community building efforts – they encourage competition rather than solidarity and collaboration. Furthermore, current funding priorities manifest the medicalization of the HIV response: prevention is deprioritized to focus on profit-driven treatment. Funding decisions on treatment should improve the lives of PLHIVs and people living with other life-threatening conditions like Hepatitis C. Corporate profits must not stand in the way of sustainable and effective responses.

Funding for the HIV response must put key population and communities at the center of decision-making. Resources must be scaled up and targeted directly to communities, and that should include support for core operations and sustainability of community organizations, not just specific program outcomes.

Funding for human rights, gender equality, community mobilization, and advocacy must not be excluded in the HIV response. While we urge governments to fund all of its aspects, until this is achieved, we call on international donors to fund these areas adequately.

Zero legal reforms. Repressive laws and practices that undermine the HIV response must be reformed to meet human rights standards and public health goals.  Sex workers, sex industry workplaces, sex work clients and others involved in the industry are highly criminalized. People who use drugs are subjected to mandatory detention, involuntary rehabilitation and capital punishment. Same-sex sexual behavior and relationships are still considered as legal offenses in many countries. Age-of-consent laws impede access to health, including HIV testing, and community mobilization.

If we are to get to Zero Discrimination, human rights should be the overarching guiding principle of the HIV response. A concrete plan must be established for legal reforms, especially the complete decriminalization of key populations. Transparent mechanisms should be established to improve accountability of governments based on human rights standards.

Zero political will. There is zero change because of the absence of the political will to get to the Three Zeros. Sex work must be recognized as work. Drug use must be recognized as a human rights and public health concern, not as a law enforcement issue. Human rights related to sexual orientation and gender identity must be protected, and same-sex behavior between consenting individuals must not be treated as a crime. Transgender people should be given full gender recognition and citizenship rights. Gender disparity needs to be addressed comprehensively, as does paternalistic tokenism of young key populations.

Political inertia keeps the response from fulfilling what the evidence shows. Communities remain invisible, ignored, and are often not recognized by duty-bearers; where they are visible, they are treated as criminals and second-class citizens.

To stop this inertia, human rights must be embedded in the HIV response, and communities must be embraced as equal partners.  Enabling advocacy and ensuring accountability should be prioritized to give the response the political momentum that it needs.

STAND WITH US! SHOW US THE SUPPORT! IT’S TIME TO END AIDS, THIS IS OUR LIVES, AND THE TIME TO ACT IS NOW! 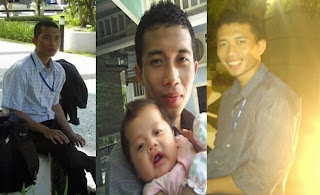