I Learn From Life 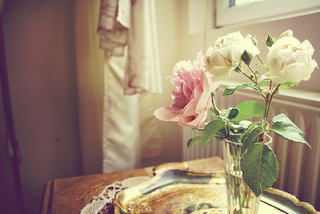 Life is never as well as we expect. Once issues of dragging us, Even send us into a ravine is falling life. Family matters, finance, a career, drugs addict, and many others. But Problems of life can make we are supposed to be strong and better, If we realized for the mistakes been conducted and then immediately rise to make this life better.

I know this women. Her name is Baby Rivona Nasution. I usually called her baby. She is start to drink alcohol at 11 years old and married at 18, even her parents disagree with her marriage. After a divorce, baby start taking heroin.  At 2001, she feels that her addiction is un-controled , she decide to move and work as a migrant worker in Malaysia. She work as a housmaid. At 2003, When he is undergoing medical examination to continue her work contract, she realized that she’s HIV Positive. After she know that she’s infected by HIV, she returned to Indonesia cause of deportation.  For almost a year, she lost her purpose of life and have no spirit. At 2005, encounter with the HIV/AIDS activists then drove her into an activist.

at her second marriage she plan to have a child with following PPTCT (Prevention Parents To child Transmission). Haikal, born with HIV free and now the boy is growing up, he’s in kindergarten now. She prove that women living with HIV also have a chance to live, to married, to have family, to work, to study, and get her own happiness.

I know her as a women living with HIV, her age is no longer young, but she is look so young, fresh and charming. 45 years is old enough to call her mom, but no, she is not my mom. She's my inspiration. Living with HIV for almost 11 years is amazing. Baby live in a society of the stigma and discrimination. But she’s fight for that, she will stand his ground to fight for rights of women living and affected by HIV and AIDS.

Baby Rivona is national coordinator of Indonesian Positive Woman Network or we used to call IPPI (Ikatan Perempuan Positive Indonesia). She's also part of International work for Woman Isues. She brings the Sterilization Cases into CEDAW Comitee, And She Fights against violence specially woman living with HIV and Infected by HIV. 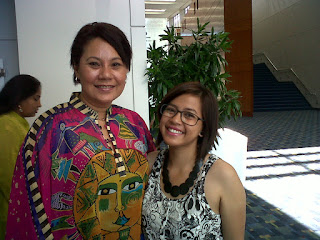 Me and Baby, at Int'l AIDS Conference 2012 Washington DC

Baby Rivona is such a big inspiration for me. She help me through my hard time at 2012. She introduce me with Indonesian Positive Woman Network. And here I am now, have a such a big dream inside my pain. Let people know, that Living with HIV I didn't want to be. But Survive in HIV condition, is such a big challenge and I know I should fight for my self, my daughter and my Family.  Baby teach me how I find my inner beauty.  Thanks for my lovely inspiration Baby Rivona Nasution!
Posted by ayu oktariani at 14.08.00